Two Broward jail inmates are infected with COVID-19, according to information released by the Broward Sheriff's Office on Thursday.

Thank you for sharing!

Your article was successfully shared with the contacts you provided.

Two Broward jail inmates are infected with COVID-19, according to information released by the Broward Sheriff’s Office on Thursday.

One of the inmates was at the Sheriff’s Office’s North Broward Bureau in Pompano Beach, according to the press release, which said the prisoner showed no signs of the disease after arrest and screening in March.

The inmate tested positive at a hospital April 1, after initially refusing an unrelated routine medical test March 31,  which health care staff had recommended.

The BSO said it has notified the Department of Health and that all housing units the inmate has been in have been placed under precautionary quarantine. Medical staff are watching for COVID-19 symptoms.

The BSO said it will be decontaminating affected areas. It has also notified the arresting officer and all staff who’ve been in contact with the inmate, recommending that they self-isolate and get in touch with the Department of Health.

The second inmate tested positive for COVID-19 on Thursday, but the BSO did not elaborate on the circumstances.

The Broward State Attorney’s Office said its prosecutors have been working out terms of release for as many nonviolent inmates as possible without resorting to the emergency docket.

“We have been very concerned about the potential for this to occur and that is why we have been working with the courts and the criminal defense bar to release non-violent offenders,” Paula McMahon, spokesperson for the Broward State Attorney’s Office, said via email.

This follows news that several prison staff have tested positive for the disease across Florida, including at the Everglades Correctional Institution in Miami-Dade County and regional community corrections offices in Lake Butler and West Palm Beach.

Raychel Lean reports on South Florida litigation for the Daily Business Review. Send an email to rlean@alm.com, or follow her on Twitter via @raychellean.

More from this author

A weekly, curated selection of our international content from around the globe, across the business of law, in-house, regulatory, technology and more, with expert insights from our senior editors. 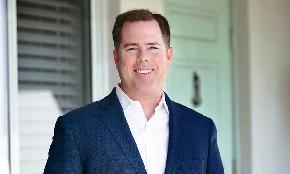 One Fort Lauderdale attorney has figured out the recipe for a successful life: hard work, community involvement, love of family — and an unexpected piece of produce. 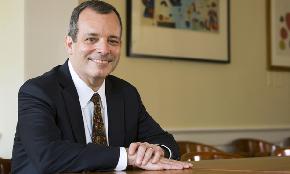 The program, provided cost-free amid the COVID-19 pandemic, aims to demystify the law school experience and tamp down anxiety new law students feel when they arrive on campus. 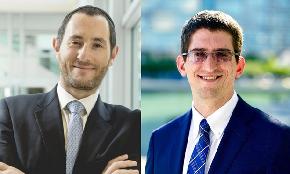 Florida Affirmative Defenses and Procedural Objectionsguides practitioners on the use, pleading, and application of defenses and procedural objections in Florida state ci...

As part of your digital membership, you can sign up for an unlimited number of a wide range of complimentary newsletters. Visit your My Account page to make your selections. Get the timely legal news and critical analysis you cannot afford to miss. Tailored just for you. In your inbox. Every day.